After completely cruising through their first three tournament games, everything looked perfect for the Kansas Jayhawks. They averaged 95 points a game in their wins over UC Davis, Michigan State, and Purdue. The three-pointers were falling, the defense was strong, and everything was clicking on both end

But there is no reason to sugarcoat it. The Kansas Jayhawks put in a pathetic performance in their Elite Eight matchup against Oregon, and it resulted in them being eliminated against a vastly inferior team.

This is not taking anything away from Oregon. They are on their way to the Final Four for a reason. But the fact that they beat a team as talented as Kansas without star center Chris Boucher says more about the way Kansas played in this game than Oregon.

So what went wrong? How did Oregon bounce the highest overall seed remaining in the tournament, who were playing what was essentially a home game in the Kansas City regional? It was a whole list of problems that led to the ultimate death of their season.

First of all, Kansas didn’t play any defense in the first half. There isn’t really any way around that. Oregon was able to comfortably get into their offensive sets, and get plenty of open looks. Of the six halves of basketball Oregon played in the tournament leading up to the Kansas game, they broke 40 points in one of them. They managed to get 44 against Kansas in the opening 20 minutes.

The other first half problem was that the Jayhawks had no secondary scoring whatsoever. At one point in the opening frame star guard Frank Mason scored 15 consecutive points for Kansas. Josh Jackson was held off the score sheet until there were 11 minutes left in the game. 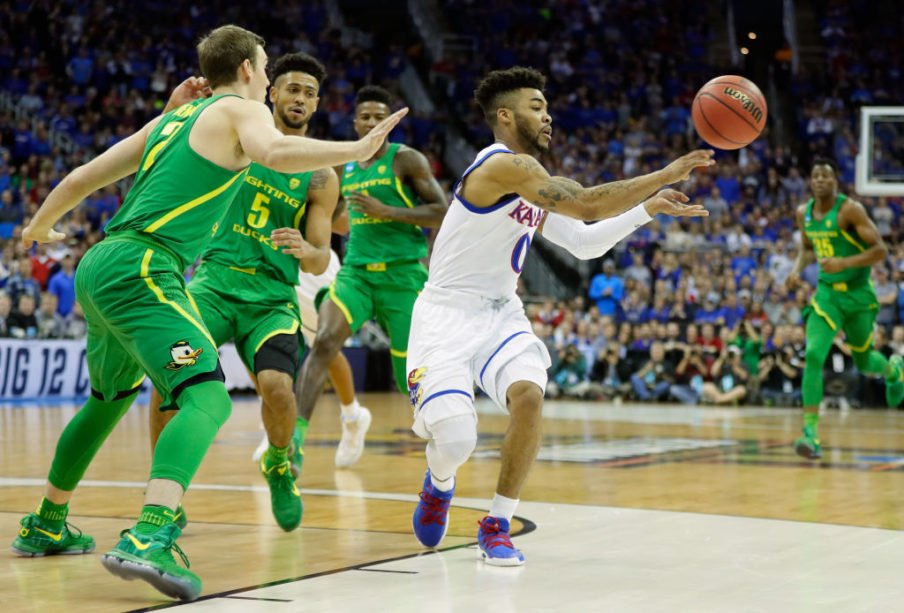 Sharp shooter Sviatoslav Mykhailiuk scored just three points in the first half. This Kansas team was already lacking depth, as they go just seven players deep. Having two of their best shooters not scoring and so few options off the bench hurt Kansas big time.

All of this culminated in a 44-33 halftime lead for Oregon. That was not an insurmountable deficit by any means with 20 minutes left on the clock. But Kansas came out flat in the second half with a lack of direction. They never got into any kind of offense, turned the ball over, and Oregon stretched the lead out to 18 in quick fashion.

From there Oregon almost looked like they were trying to give the game away. The Ducks went through one stretch with just two points in four minutes. Kansas rebounded and ran well into the break, but their calling card was invisible. The hottest three-point shooting team of the tournament through the first three rounds missed their first nine attempts of the second half. 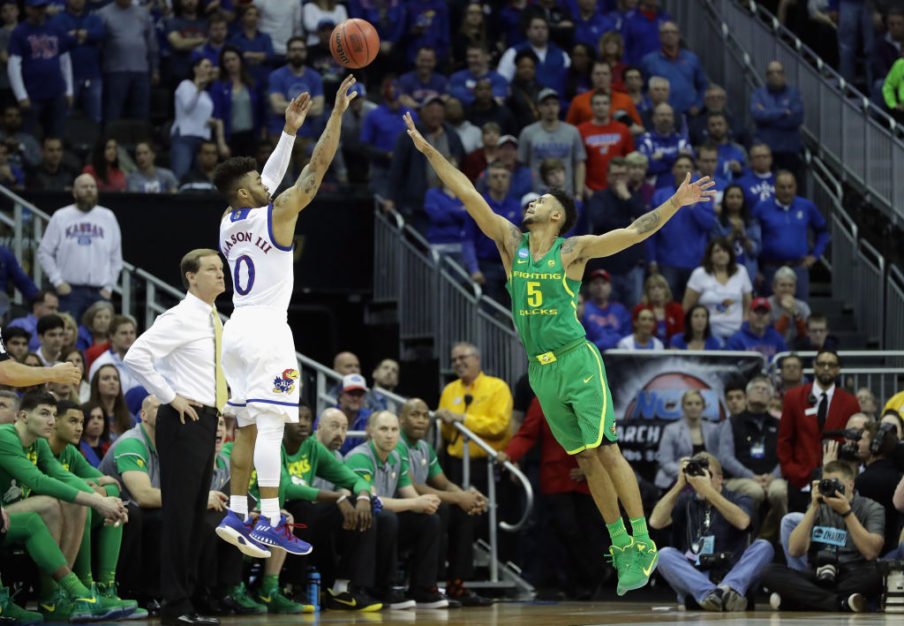 Kansas also had no sense of team basketball at all. On three occasions in the second half, two Kansas players went up for the same rebound, but both players failed to get it and it came to an Oregon player. The biggest example came very late in the game, when Kansas had cut the lead down to just six points. After a strong defensive possession that resulted in an Oregon miss, Frank Mason and Josh Jackson went up for the same rebound.

If either had grabbed it, Kansas could have cut it to four, or even three at the other end. Both players tipped it, it fell straight into the arms of an oncoming Oregon Duck, and that killed the comeback. Oregon was able to run another 30 seconds off the clock and Tyler Dorsey hit a dagger of a three pointer.

Head coach Bill Self also needs to take a lot of the blame for this. Oregon’s big man Jordan Bell was dominating the rim all day. He finished the game with 13 rebounds and eight blocks, and just one foul to go with that. He was in control of the game from the first minute onwards.

But Self made no adjustments to the offense. Part of this had to do with cold shooting from beyond the arc, but they continued to drive inside. Bell racked up the blocks, he closed off the kick-out lanes to three point shooters, and Kansas had nothing left on offense.

The game finished with Kansas tallying a pathetic 5/25 total from three-point land. When they had chances to chip into the lead in the second half, they missed four free throws and eight turnovers. The overall shooting was 35%, and by the time the defense picked up the slack in the second half, the deficit was just too big to mount any kind of a serious comeback. 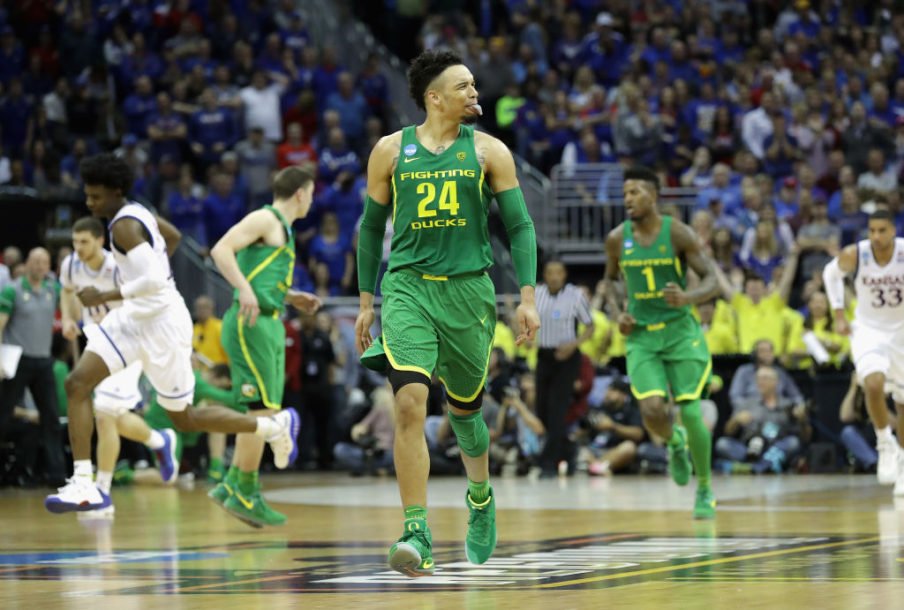 In the end, Kansas got what they deserved. A poor performance on all fronts led to their expulsion, and the Oregon Ducks will head to Phoenix next weekend for their first Final Four since 1939. This is the second straight year the Jayhawks have gone out at the Elite Eight, and fifth straight before the Final Four.

The Kansas program is not broken. They are still dominant within the Big-12 and made another good tournament run. But when you play at a program as storied at that one, the season is always National Championship or bust.

And this season, it ended in an unquestionable bust.